The courage of innovation finally paid off. The Indonesian biotechnology company, dubbed the only one in the Southeast Asian region, and ranked seventh in the world – has been bestowed with the 2019 award from the government.

The rapid development of the pharmaceutical industry and the growing public demand for medicines require the supply of raw materials. So far, pharmaceutical manufacturers in the country has been importing raw materials from countries such as China and India. 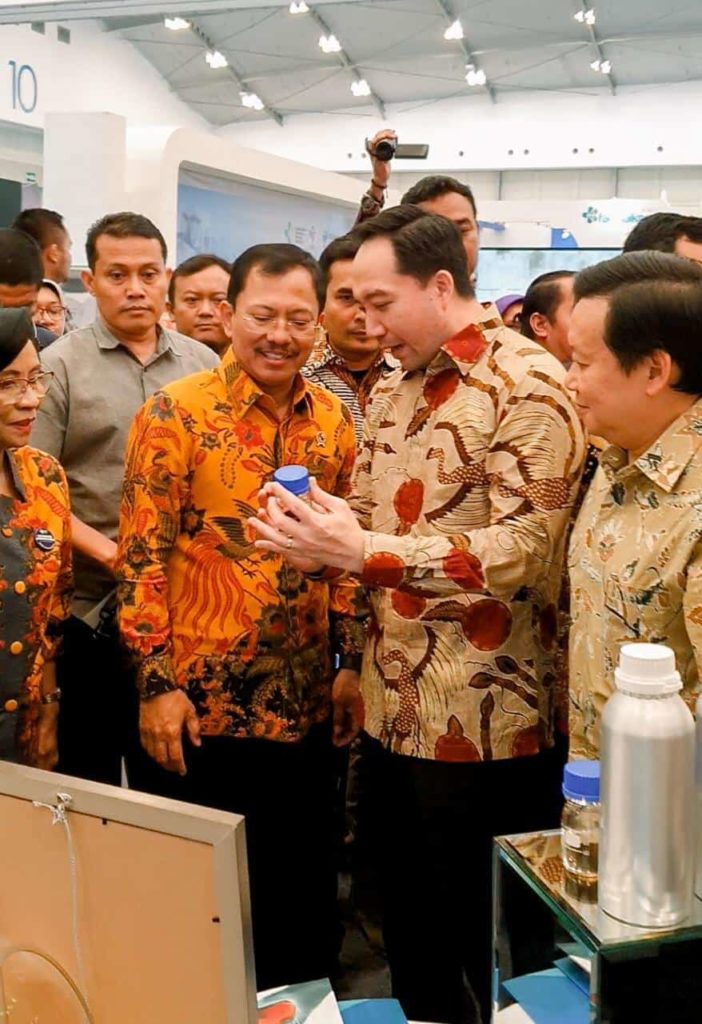 In the middle of 2019, PT Evergen Resources commenced its operation as a biotechnology company. Evergen develops biotechnology innovations to cultivate microalgae, which will then be used as natural astaxanthin in the form of powders and oils. The resulting natural astaxanthin has high antioxidant content, and become highly sought-after material for drug factories, cosmetics, food and beverages, and even animal feed. Their products are labeled AstaLuxe™.

Evergen’s innovation and investment courage has eventually rewarded this year. The company recently received the Karya Anak Bangsa [literally meaning the work of children of the nation] Award from the Ministry of Health. The award was handed over directly by Minister of Health Terawan Agus Putranto to Founder & CEO of PT Evergen Resources Siswanto Harjanto.

“Our company wants to contribute to realizing national self-dependency of pharmaceutical raw materials. And we express our gratitude to the government for their appreciation for our efforts,” Siswanto said. The award was given on Saturday, November 9 at the Health Development Exhibition at the Indonesia Convention Exhibition (ICE), BSD, Tangerang.

Evergen innovated biotechnology through microalgae cultivation with a closed photobioreactor system to produce AstaLuxe™. This product is widely used by the pharmaceutical, beauty, and food and beverage industries.

“Evergen is proof of the Indonesian people’s intelligence. They work hard without giving up until they succeed in creating natural astaxanthin, which is now accepted by the world,” Siswanto explained.

Evergen has an international standard laboratory and microalgae cultivation facility in Kendal, Central Java, which started operation on July 25, 2019. Although the plant was only started operating a few months ago, Evergen has been developing this innovative product since 2015.

“Now we are aggressively expanding exports and ready to compete in the global biotechnology market. This company will continue to produce innovative products in the future,” Siswanto said.

Evergen’s innovation is in line with President Joko Widodo’s vision of wanting to focus on improving the quality of human resources. To achieve that goal, health becomes a determining factor.

That is why the government is now aggressively pushing for new innovations in the health sector. Innovation – according to the Minister of Health Terawan, is one of the essential factors to improve public health. He said, preparing a superior generation was crucial in the implementation of health development. Moreover, Indonesia will face a demographic bonus in 2030 to 2045.